Hesselholt Fisk Eksport A/S is one of Denmark’s biggest exporters of fish and it is located in Hanstholm. The company has a turnover in excess of EURO 30 million and employs 45 people.

Since Jørn Hesselholt’s father sold his grocer’s shop in 1948 and became a fish exporter, the family has been fully committed to product development, employee development, and top quality customer service. This has meant that Hesselholt Fisk Eksport has developed a service and quality concept that has created long-term, fruitful customer relations.

The family has always been convinced that good customer cultivation also requires far-sightedness, and it was also Hesselholt Fisk Eksport which, in 1967, bought the very first crate of fish to be sold at Hanstholm Fish Auction.

Today, Hesselholt Fisk Eksport’s philosophy is the same as that Jørn Hesselholt stood for, when he took over the management of the company:
to be a confidence-inspiring, attractive, powerful business partner for fish buyers throughout the world, with the help of skilled employees, constant product development, quality management, a wide range of products, reliable deliveries, and competitive prices.

Regarding the controlled termination of Hesselholt Fisk Eksport A/S

The reasons for the shutdown of Hesselholt can be traced back to 2020 with Corona closures throughout Europe within the Foodservice sector, after which the market has been challenged ever since. In 2022, we then saw a sharp deterioration. First, with the outbreak of war in Ukraine, then a completely abnormal/exploding inflation of all consumer goods and energy used in our production. The price increases in question amount to 100% to 400%.

The steep increase in costs has not been passed on to our customers. As prices for our products have stayed the same, we have seen a major decline in fish landings for processing of 40-50% in the entire North Atlantic (Iceland/Faroe Islands/Norway and Denmark) starting in the second half of 2021. It is not the fishing quotas that are to blame for this but other unavoidable external factors.

We assess that fishing volumes, inflation, and sales of our products will worsen in 2023 compared to what we witnessed in 2022. Therefore, we see no possibility of improving the company’s situation in the short term, and closure is inevitable.

Ceasing the activity of Hesselholt Fisk Eksport A/S was certainly not the owners’ intention when they took over the company in 2019, but unfortunately, it has become a necessity from an economic and operational point of view.

The owners want to thank all employees for their outstanding effort over the years. They would also like to thank the company’s suppliers and business partners. 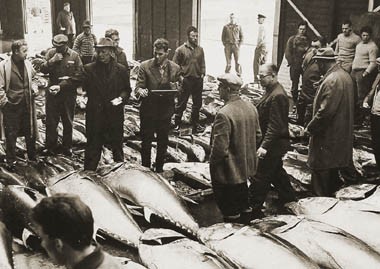